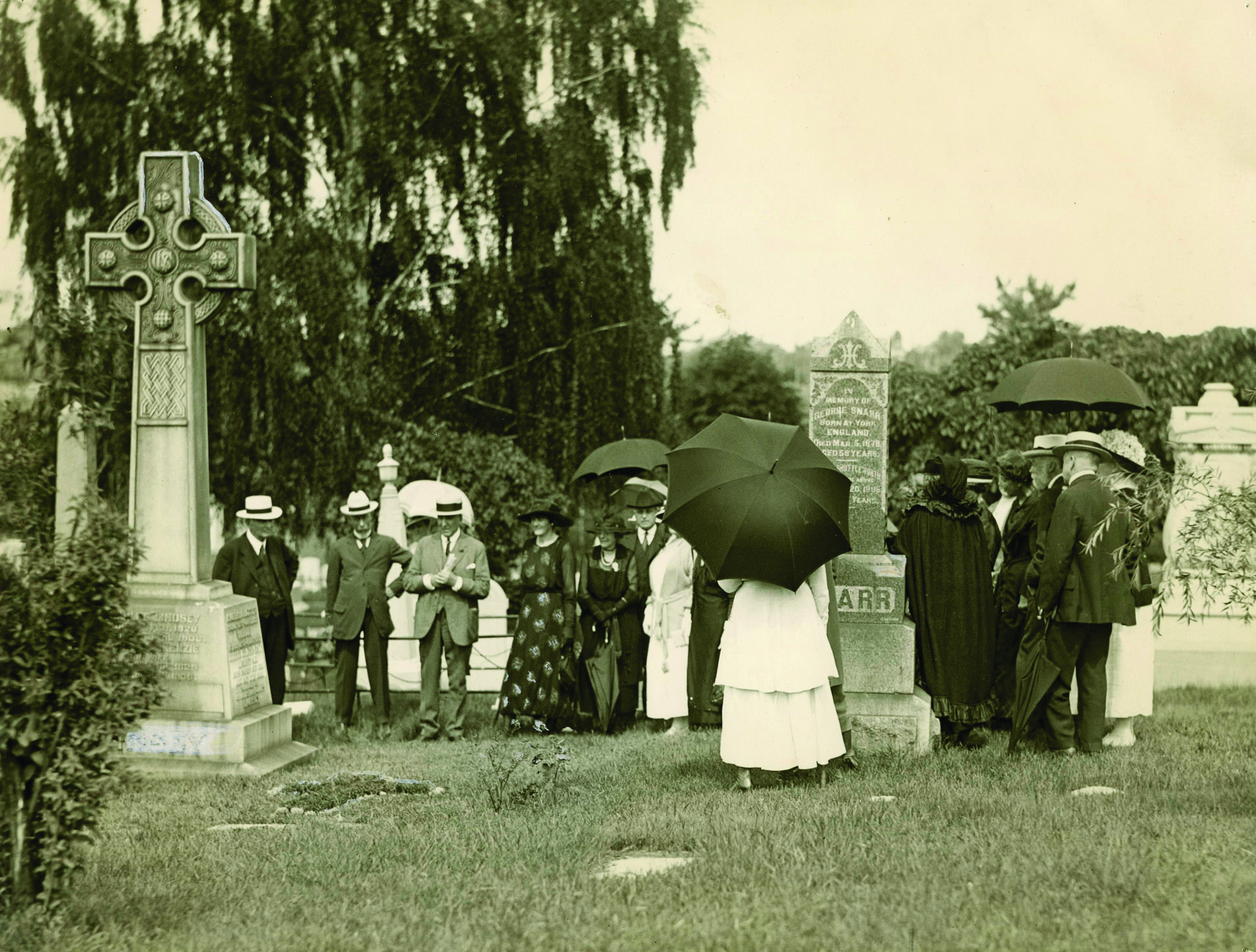 As long as people have mourned, others have stepped in to support them. But the way we mourn is always changing, and so the support has evolved along side it. At Mount Pleasant Group, our funeral directors and their teams embody that support. They work on the front lines of compassionate care, and the memorials they create have helped set us apart as an organization. Here, we’ll take a look at how the role has changed over time as the attributes and qualities that contribute to their work.

In the west, the earliest incarnation of the profession that would come to be known as the funeral director was the undertaker, a role that still exists in many countries around the world. We can trace the title back to the 15th century as “funeral-undertaker,” a literal description that shortened over time. Often a carpenter or furniture maker would realize that requests for coffins were making up a considerable portion of their business. They would have access to cart large enough to transport their products, so could easily extend their services to the coffin’s delivery, and then to the transport of the remains to the cemetery. In larger communities, this could become a full-time occupation. But beyond the logistical assistance, most of the coordination of the service itself still fell to the family and priest. The classic depiction of the undertaker, somber, reserved and silent, reflects this hands-off nature: they were expected to be respectful and available to fulfil their duties, but not to offer comfort or support.

As visitations and the other non-religious aspects of the funeral service moved out of the family home and into the funeral home during the 18th century, the undertaker took on a larger role, becoming the custodian of the remains at every step of the process. Storage of the body before burial, embalming, and other necessary preparation required specialized skills and tools, and over time, the undertaker’s contribution shifted from craftsman to facilitator. In many ways, the early evolution of the role mirrors the changes we see today: reflecting and accommodating the needs of the family as they arise, and taking on necessary duties that would allow the family to fully grieve and commemorate their loved one.

“Undertaker” became “mortician” at the end of 19th century as the profession shifted along with many others to appear more clinical. Around the same time, “coffin” became “casket,” a phrase that remains in common use today. The mechanisms of a funeral grew ever more complex as the 20th century dawned. Families would need to navigate a wide array medical and legal processes during a time of mourning, and so would increasingly rely on expert guidance. In other words, they needed direction.

Throughout much of the 20th century, that direction was largely one-way: prescriptive advice that would orchestrate the funeral with relatively minimal input from the family. Today the role is far more collaborative. Just as skill with woodworking gave way to embalming, now a funeral director’s greatest assets include empathy and creativity. Listening to a family’s unique needs, then crafting a service that celebrates the life of the deceased requires that they wear many hats. Planning and logistics are still as important as ever, but so are audio-visual skills, negotiation, counselling and even interior design.

The cliché of the stone-faced undertaker in stovepipe hat could not be farther from reality today. Funeral directors are people from all walks of life who share an ability to connect with families in difficult times. At Mount Pleasant Group, everyone on our funeral teams brings something unique. But there are qualities that all seem to possess: they’re flexible to respond to the many different ways families express grief. They have the organization skills required to coordinate complex events in narrow timeframes. They’re problem-solvers, thinkers, listeners and connectors. They’re emotionally attuned and resilient in times of stress.

So how do our funeral directors create remarkable services and memorials? Just as there isn’t a typical kind of funeral director today, there is no one-size-fits all formula. But our directors do take an approach that lets them craft unique experiences tailored to the life they’re celebrating. This process from the National Funeral Directors Association can be a useful framework for anyone supporting those dealing with grief.

CONNECT: First, funeral directors take the time to understand the customer and build trust. Fostering an open dialogue will be critical to meeting the family’s needs.

DISCOVERY: By asking carefully crafted questions, they seek to discover rich information about the life of the deceased. Learning about the moments, achievements and aspirations that defined the person being celebrated

LEAD: Families are guided through the choices available and recommendations are provided based on what’s learned in the previous steps. While the family may have a vision of what they’d like, they may not be aware of all the possibilities.

DESIGN: The personalized memorial is developed, whether a funeral service, a celebration of life, or an artistic tribute to the deceased. This is where the previous steps come to life.

SUPPORT: Throughout the entire experience, the family is offered solace and compassion. They’re engaged with on their terms while their grief is acknowledged and supported.

The role of the funeral director has never been static. The language itself has changed and will continue to do so. For example, the term “arranger” is now commonly used within the industry to cover many roles critical to creating services and memorials. There will undoubtedly be more changes to come, as religious services increasingly give way to the spiritual or simply celebrations of the deceased’s passions. Personalization is more of a priority than ever, and there’s no reason to think that will diminish tomorrow. Whatever funerals look like in the future, it will always be the people that make them truly exceptional.

This article first appeared in MPG’s Year in Review 2020.

Previous Designing to Sustain
Next When neighbours are hungry, neighbourhoods come together.