Heritage at our Heart 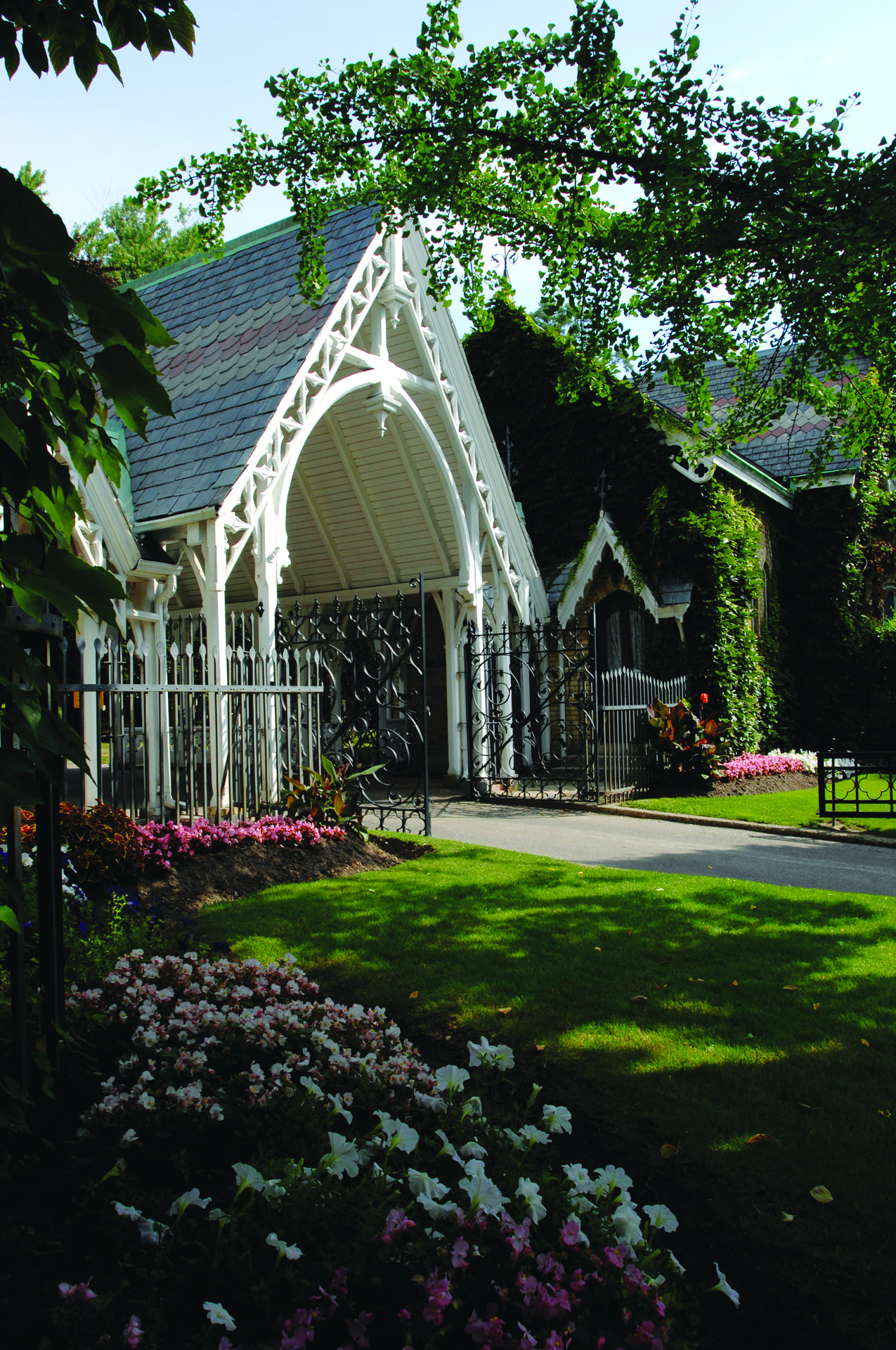 With those words, William Lyon Mackenzie called for the creation of a new kind of Canadian cemetery: one open to any denomination or belief, run by communities rather than religious organizations. Potter’s Field was among the first, established in 1826 at what would become the corner of Bloor and Yonge streets. But as “Muddy York” grew into Toronto in the middle of the 19th century, many of the 6,700 remains interred there were moved to an 18.25-acre site to the southeast of Potter’s Field: the Toronto Necropolis.

This move is one of our city’s earliest examples of a challenge that runs throughout our industry. How do you serve the needs of a rapidly growing community — not only today but into eternity — while avoiding such disruptions as re-internment? We’re answering that question by bringing new life to a treasured piece of our city’s heritage.

Nestled in the leafy heart of Cabbagetown, the Necropolis has been a quiet place of reflection amidst breathtaking architecture for more than 170 years. Its chapel, lodge and gateway are exceptional examples of the Gothic Revival style famous for pointed arches and elaborate trims.

Mackenzie would be pleased that resting at the Necropolis are remarkable Canadians of every creed, background, and age — himself included. Among its memorials are those to mayors and athletes, war heroes and entrepreneurs. Here are just a few worth finding on your next visit.

After escaping slavery in the United States, this couple founded Toronto’s first taxi company in 1837.

A Canadian Nursing Sister stationed in Hong Kong during World War II, she was captured by the Japanese and documented her experiences as a prisoner of war.

The first Black Canadian-born doctor, Anderson served as a surgeon in the American Civil War and became a close friend of Abraham Lincoln.

Journalist, politician and Father of the Confederation, George Brown founded The Globe newspaper in 1843, which would become The Globe and Mail.

The Necropolis is more than just history: it’s an active cemetery where families continue to be buried. But not only is it our oldest property, it’s also our smallest. We anticipate that the Necropolis will no longer be able to offer full-sized burials within the next five to ten years. So to ensure it can serve our community tomorrow, we’re developing solutions that respect the historical significance and architectural heritage that makes the property special.

In 2019, we introduced a new bank of niches to the Necropolis’ chapel as part of an ongoing initiative to provide more options for burial at the cemetery. Our design was inspired by the existing marble banks that run along the chapel’s perimeter walls, and the management team was careful to ensure that that every element was crafted in accordance with the chapel’s distinctive style.

This approach may be unique to the Necropolis, but it reflects the balance of heritage and service that we seek to strike across our properties. By embracing our history, we help it continue into the future.