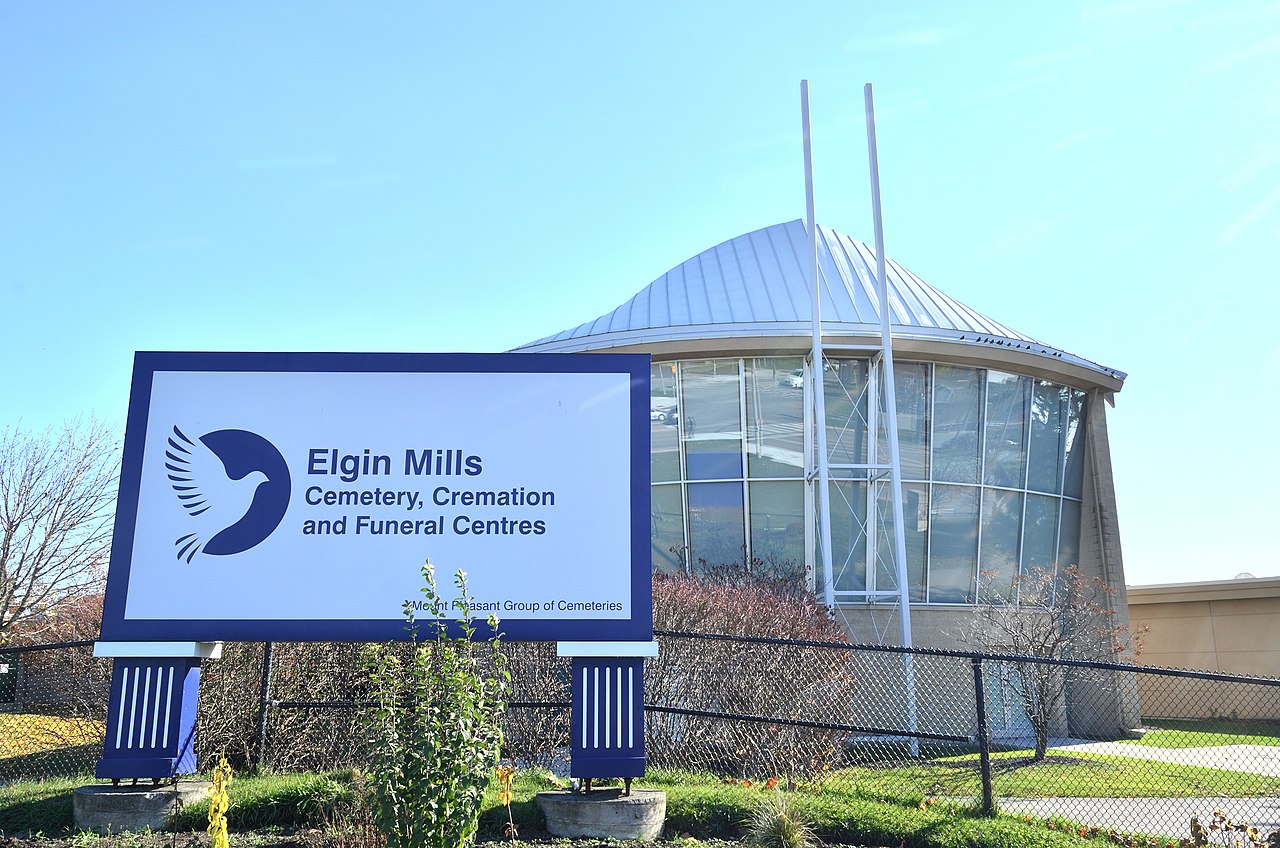 Elgin Mills Cemetery turned 40 in 2019. But that doesn’t mean it’s stopped growing. The 143 rolling acres around the headwaters of the Rouge River serve the communities of Richmond Hill, Markham, Aurora and Thornhill.  As some of Ontario’s fastest growing neighbourhoods, they need a cemetery that can keep pace. In 2019, Elgin Mills continued the latest phase of the cemetery’s east side expansion, helping to ensure it can be used by generations to come.

Cemeteries don’t simply spring up overnight. It takes 10 to 15 years to identify, acquire, design, approve and develop a cemetery, and often another 15 to 20 years for it to truly become a core part of its community. So what goes into planning and developing a cemetery like Elgin Mills?

Not just where it is today, but where it’s going tomorrow. Population growth is analyzed to determine the need 30 – 50 years into the future while existing cemeteries in the area are assessed to determine if they’re serving the religious and cultural needs of their community — and if that service is sustainable.

Long-term urban planning is reviewed to find the best location. It used to be quite simple: cemeteries were built in the farmland that neighboured Ontario towns and villages. Today, provincial plans no longer allow for cemeteries to be developed in agricultural areas and municipal plans rarely account for cemeteries when considering their own growth. It’s often up to us to do the long-range thinking.

We can’t simply put them anywhere. Cemeteries require a minimum of six feet of earth to allow for burials, and there needs to be at least one more foot between graves and the water table. We conduct a thorough geological review to ensure the right depth of the bedrock along with the right elevation. If the property is too flat, it won’t drain easily. But if it’s too steep, maintenance is difficult. We also need to ensure that it’s accessible both on foot and in vehicles. Naturally wild spaces give the property character, but they shouldn’t take up more than 20% of the land.

Designing a cemetery is a bit like designing a town. There are buildings to be laid out, road patterns and storm sewers to be engineered, water systems to be planned, electrical feeds to be developed, trees to be managed, and environmental stewardship of natural spaces to be prioritized. But ethnicity and religion play a critical role as well. We research customs and traditions worldwide to ensure our clients get the choices they prefer.

Now comes the tricky part. Cemeteries require up to five levels of government approval before development can begin, while municipal approval is reviewed by a minimum of nine departments. Any developments near natural areas are reviewed through the local conservation authority before a permit is issued. If endangered species are identified nearby, approval may be required by the federal Ministry of Fisheries and Oceans as well. Once everything is signed off at the municipal, regional, conservation, and provincial levels, a submission is made to the Bereavement Authority of Ontario to obtain a cemetery operator’s license.

After all that, it’s not unusual for a decade to pass between the idea of the cemetery and the first shovel in the ground. Then depending on the property’s size and complexity, it could be another one or two years before the first burial as the landscape is altered and facilities constructed.

The effort undertaken to create a new cemetery is one of the primary factors in determining the cost of burial, cremation or other funeral services. Another is the fact that cemeteries need ongoing care and support. They change, they adapt, and — like Elgin Mills — they often grow.

The time and consideration involved may seem daunting, but unlike shopping malls or skyscrapers, cemeteries are intended to last forever. And forever’s not something you can rush.

Previous A Legacy of Change: looking at MPG's history
Next Building for Eternity: mausolea at Beechwood Cemetery